A continuation from FINALE

My first ever trip to Indonesia and to the island of Sumatra. The people might look and speak almost the same language as Malaysians, but they are distinct. I felt the difference. Medan is a big city. When I was there, the main airport was still the infamous Polonia International Airport. A very small international airport situated right smack at the centre of the city close to residential areas. Thank God they have shifted to the spanking new Kuala Namu International Airport.

Apart from Medan, the other city in Indonesia that I have been to was Semarang in Central Java. As compared to Semarang, Medan city proper looks less crowded despite still very crowded as compared to KL even. Everything looks so packed and closed by. Dust was everywhere that I caught a cold within several hours of reaching the city. It is a developing city, old enough to be a developed one but the development is still ongoing and looks unplanned.

But Danau Toba really saved us from the hectic life in Medan city. Although a few hours away, Danau Toba is very beautiful and fascinating. To think that the lake was in a volcano crater adds up to the overwhelming feeling of seeing before my own eyes. Even the historical places were amazing especially with the Batak Karo’s houses designs.

The major setback for me was the road condition. Some of the roads were really bad, I am sure that the van we were in will need a major repair frequently.

Otherwise, a visit to Medan is incomplete without visiting Danau Toba and the surrounding highlands.

As a conclusion, I really love Danau Toba, but not Medan city. It is just too hectic and the traffic is crazy. If given the chance, I would like to stay longer at Danau Toba, appreciating the views and the nature. 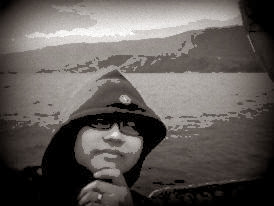 © kakijalans.com 2011-2017. Unauthorized use and/or duplication of this material without express and written permission from this blog’s author and/or owner is strictly prohibited. Excerpts, photos and links may be used, provided that full and clear credit is given to kakijalans.com with appropriate and specific direction to the original content.